infinite poems is a study about the tension between nature and technology as well as semiotics and semantics. unlike usual, in this work technology acts as a platform for natural processes and structure and dynamics take over the part of generating meaning and content. in this way, natural abstract processes can be experienced intuitively and become comprehensible in their composition.
a specially developed software and hardware shows infinite visual dynamic character arrangements, which are never repeated exactly twice. the movement of the letters on the square high-resolution displays is controlled by a set of rules, which produces chaotic emergent phenomena due to the complexity of the processes.


a physics simulation calculates the falling of letters as if they were real objects and not just potential signifyers.


from a single point a dynamic world of signs explosively unfolds, which gradually slows down, only to disappear completely again.


a dynamic process creates an aperiodic oscillation around two poles that are never reached. the movement of the letters is never the same but follows a deterministic but chaotic and therefore unpredictable system. 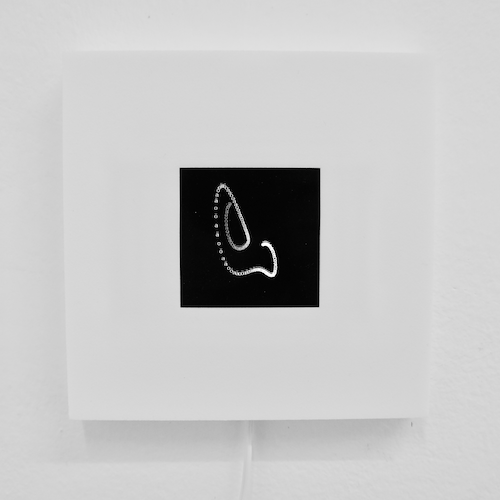 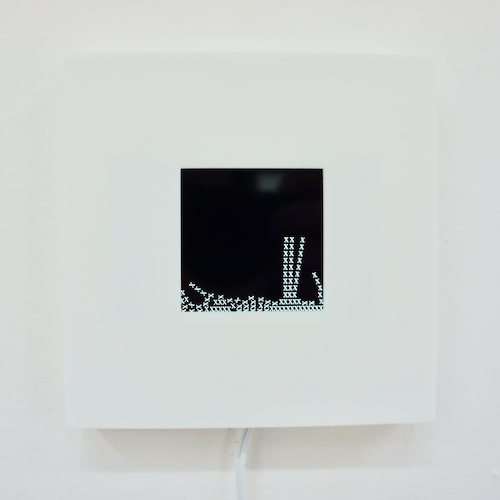 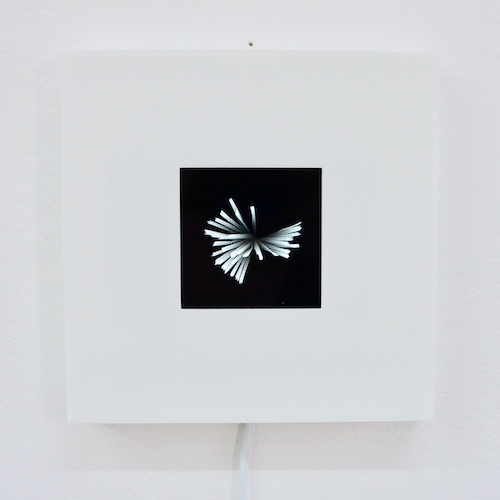